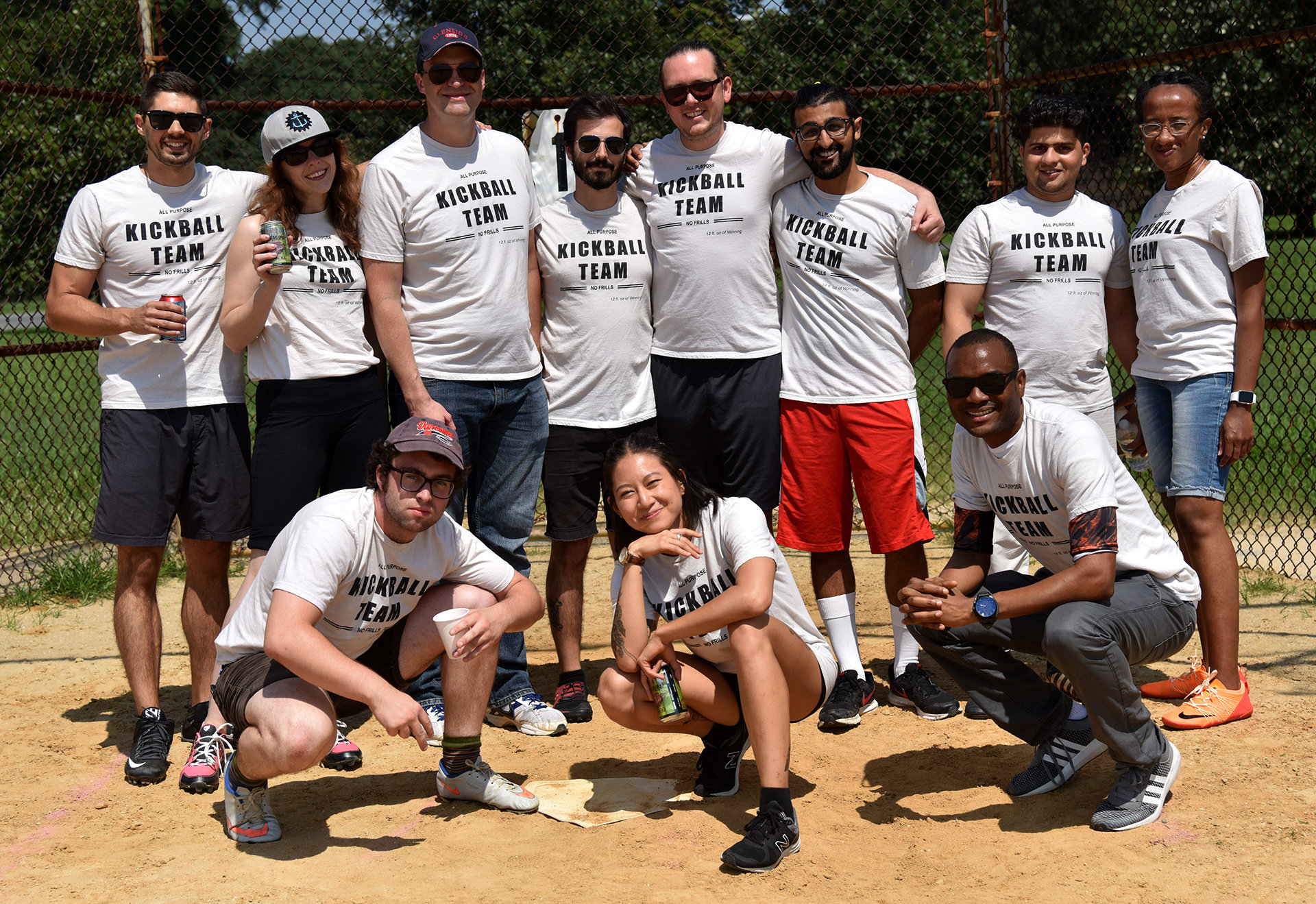 September is historically the kickoff of the busy season in the ecommerce industry. Retailers begin to prep for holiday using the functionality WebLinc teams have built out for them. It’s tradition for the WebLinc team to take a break for a fun-filled summer afternoon.

“While the bulk of the traffic and retailer sales come in November and December, the work to support new functionality and launches is heavy up until fall. Everybody’s been working real hard and, at the end of the summer, a day in the park with good food, drink, and some lightly competitive sports is pretty great,” said Jason Hill, Chief Technology Officer at WebLinc.

Four WebLinc teams faced off to win the title of “WebLinc Kickball Champions”. Teams were selected via a snake draft, where nominated captains elected one pick in each round. The tournament inspired creative team names, cool shirt designs, and synchronized cheers.

Arguably, the best part of WebLinc Kickball tournament is the food. A proper barbecue of pulled pork sandwiches, hot dogs, and veggie burgers are prepared each year by “Team Meat”. The team was formed as a way for employees less interested in playing sports to stay involved and is proud to offer both vegetarian and vegan friendly options. This year the team also supplied homemade snow cones to cool off employees after a day in the heat.

“Several years ago we were playing softball instead of kickball, and I loved the idea of Weblinc providing this exciting day for everyone to be together and have fun. I wanted to be involved but I didn’t really want to play sports so a few of us grilled a bunch of hot dogs and Team Meat was born! Now several years later, Team Meat has grown to be a vital part of the event with a variety of food and beverage options. We understand that food and beer go hand in hand with sporting events, so Team Meat is always there to deliver.” said Eric Bigler Project Manager at Weblinc. 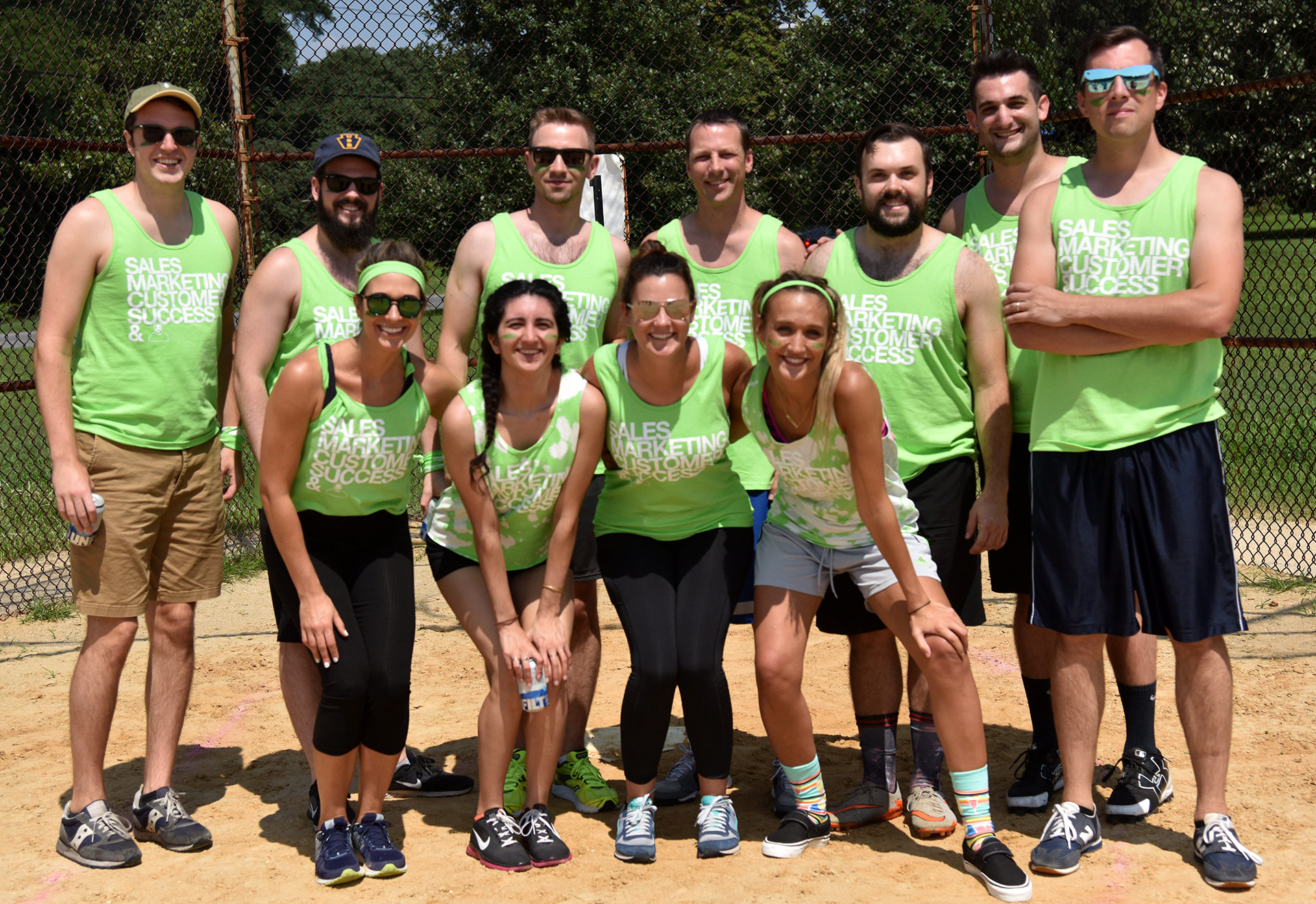 “I think we all know that ‘forced fun’ is never a good idea. Sounds great as a thought, but in practice, it’s hard to meet everyone’s expectations of what fun is. Our kickball tournament has evolved to something that fits almost everyone’s preferences. Only the people who want to play are on teams. Others choose to be umpires or lend a hand with the food and drinks. Others simply hang out and enjoy time away from the office. It may sound strange but doing something that’s fun or relaxing for such a large group of people isn’t as easy to accomplish as it seems. Over time we’ve created a committee approach so all the effort doesn’t fall on one or two plates. That way it’s organized well, it’s fun, but doesn’t cause added stress in any way” said Ryan Amaya, People Operations Manager at WebLinc.